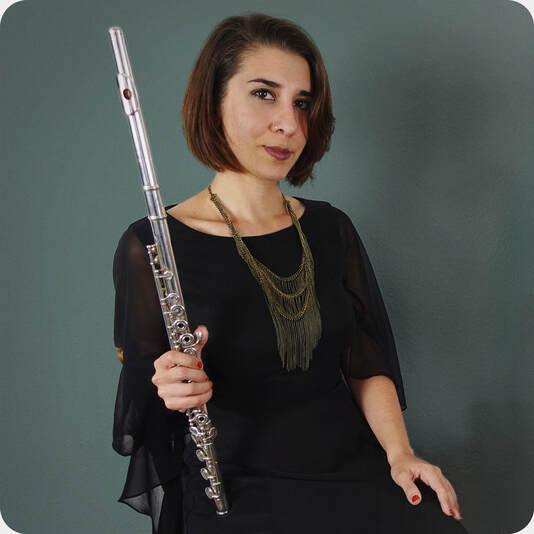 Azin Zahedi (b.1991) is a Berlin-based multi-instrumental musician with a background in classical and traditional music. Born and raised in Tehran, she showed early promise on the flute by the age of 7, and later excelled on the santur (Persian dulcimer) upon studying in the music conservatory. With a supportive upbringing, she thrived in her studies and quickly developed her talents. Her excellence in the santur was recognized in 2007 when she was awarded first prize at the Iran Youth Festival for Best Santur Player.

Zahedi moved to Germany in 2010 for her university education, receiving both her bachelor’s and master’s degrees with high honors. After completing her studies, she went on to work with numerous professional orchestras throughout Germany (Ensemble Resonanz, Wurzburg Philharmonic, Lower Bavarian Philharmonic, and many more) and become a permanent member of several groups (Solhmido, Babylon Orchestra Berlin, TEMBER Ensemble.)

Since relocating to Germany, Zahedi’s relationship to her instruments has been reshaped which has had great influence on her current work and career. She found a new love for the santur while finding a new comfort and familiarity with the flute. Both instruments are now equally prominent in her work as an educator and recording artist.

In November 2021, her group TEMBER Ensemble released their album La Makan, a collection of mind-bending transportive experimental works with intricate textures and tones; in March 2022, she released her first solo album under the name Gorgyra, entitled Caligo Mater. On this album she creates a deeply cinematic world both soothing and terrifying, with sounds invoking her classical and traditional roots, and forming into a spine-tingling ethereal journey.

Zahedi is currently a teacher and freelance musician in Berlin. Along with finding inspiration and guidance from world-renowned musicians she admires, Zahedi is inspired very much by aspects of nature, literature, art, and the meaning of life.